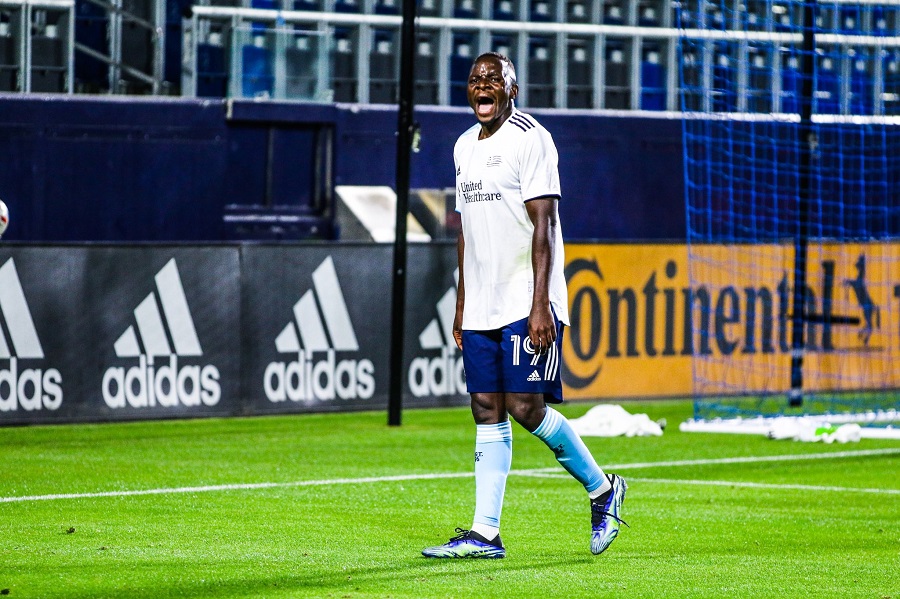 Edward Kizza,23, is among the six (6) players whose contracts were extended for the 2022 season at New England Revolution Football Club

Kizza was among the six (6) players whose contracts were extended for the 2022 season.

The other 5 are; Jon Bell, DeJuan Jones, Henry Kessler, Maciel and Justin Rennicks.

Edward Kizza (left) in action for New England Revolution
In addition, four players are currently out of contract with the club in 2022 to include; Tajon Buchanan, Luis Caicedo, Scott Caldwell, and Brad Knighton.

Caldwell and Knighton are both eligible free agents this off-season.

The contest had ended 2-goals apiece after 120 minutes at the Gillette stadium.

Valentin Castellanos restored New York City’s lead in the 109th minute before he got sent off four minutes later.