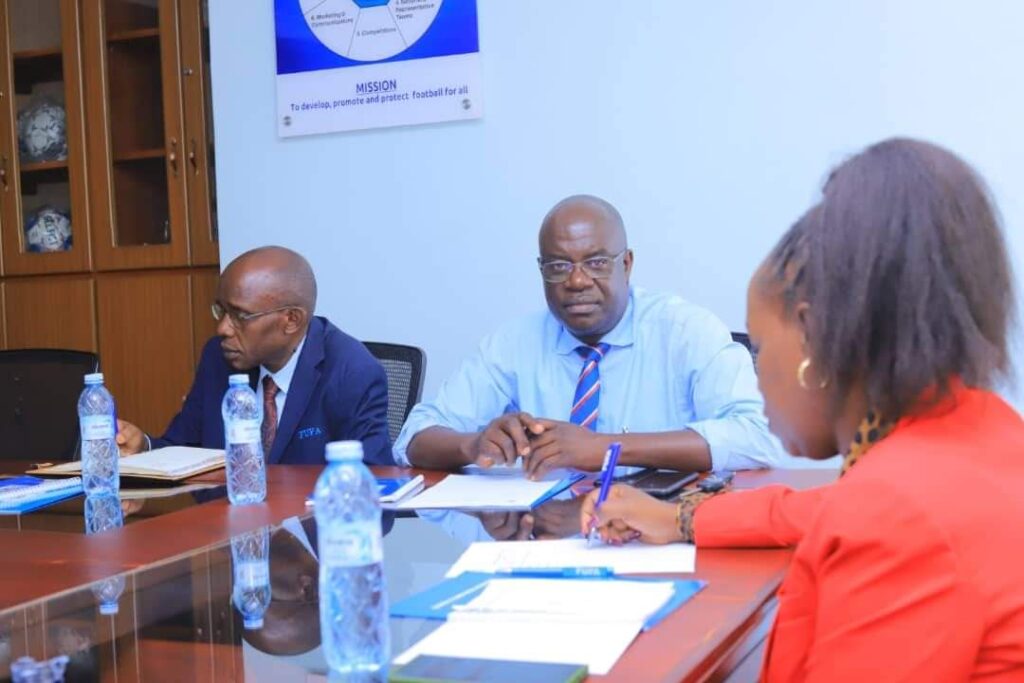 FIFA boasts of several values such as respect to human rights, accountability, among many others. The body has been saluted for its solidarity with the people of Ukraine and Russia amidst conflict, a beautiful gesture to rally peace and unity across the global village.

But in my beloved home country Uganda, the international body remains silent on the atrocities committed by the custodians of their member body- FUFA led by Moses Magogo since 2013.

Magogo is also currently an Executive member of CAF. He was elected to the Ugandan Parliament in the 2021 general elections representing Budiope East in Buyende District for the National Resistance Movement party.

FIFA opened an investigation against Magogo on 23 July 2018 related to the resale of FIFA 2014 WC Tickets. In accordance with Article 67 paragraph 1 of the FIFA Code of Ethics, after a plea negotiation, FIFA and Magogo agreed on the following sanctions:
• A fine of CHF 10,000.00 (ten thousand Swiss francs).
• A two-month suspension from taking part in any kind of football-related activity at national and international level. The suspension became effective upon the validation of the agreement by the chairman of the adjudicatory chamber on 10 October 2019.

Mr. Magogo has been able to tamper with the FUFA electoral code to suit himself and a few of his people to block other Ugandans from the FA. The requirements put in place by Magogo for one to be nominated as FUFA President are irrational, irregular, illegal, erroneous, ultravires, tainted with plain bias, unfairness, totally discriminatory, and against the fundamental rules and principles of natural justice, all of which, are against the fundamental principles which FIFA promulgates and protects.

I am a victim of political persecution for challenging FUFA in FIFA over the criteria, procedure, eligibility prerequisites and preconditions for nomination as a FUFA Presidential Candidate are unprecedented, vexatious, frivolous, bad in law and practice, irrational, irregular, marred with eminent malice and bias, discriminative, very prohibitive, non-inclusive, apathetic and deterrent in every nature and form.

The procedure and criteria set are very deterrent and non-inclusive as the bar is far raised to be reached by any other competitors save for the incumbent President. For Footballers, whether ex-internationals or active, or any other person save the incumbent , it’s made impracticable for them to ever get a chance to be eligible for nomination as FUFA President as they cannot fulfil the requirement of 7 years in the last 10 years of being active. See: Article 9 (7) of the FUFA Electoral Code of 2012 as amended as opposed to Regulation 48 (1) (a) of the FIFA Governance Regulations.

Today, the entire country watched in terror as Magogo’s right hand man, Rogers Mulindwa (also NRM) led the politically orchestrated abductions of Ugandan citizens in the Omoro County by-elections. Social media has been awash of evidence and details of the horrific deeds of the Junta, which Mulindwa and Magogo stand with.

Similar tactics have over time been employed by the Mengo based outfit, they block, slander, to keep you silent from exposing their wrongs. It is heartbreaking for FIFA to continue trusting such characters with Ugandan football and as well funding their activity.

It can only role FIFA’s good name in dirt. FIFA needs to put sanctions and bans on the men that desecrate the beautiful game.

There seems only one way to restore sanity, the tyrants must walk away from the sport and let others do it better. I don’t believe in the ‘one man, one vision notion’ enforced by Magogo’s men. We can not continue cheering them on as they do as they please, a unified voice is needed.