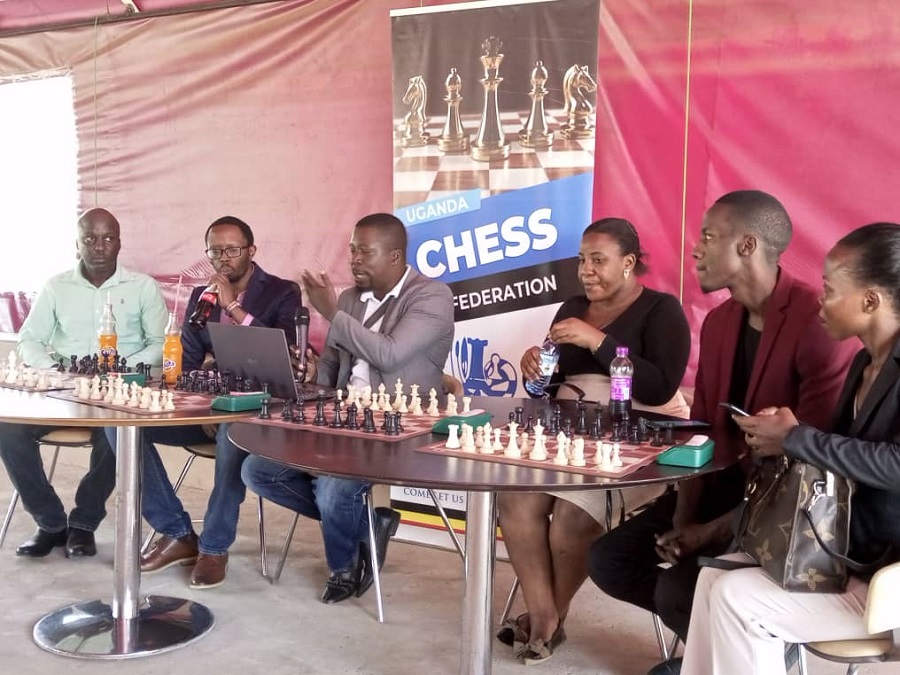 Uganda Chess Federation has called upon the government for financial support ahead of the 44th Olympiad.

The team is doing its final preparations ahead of the tournament that will be held in Chennai, India.

While addressing the press, Uganda Chess Federation (UCF) president, Eng Mwaka Emmanuel noted they need USD 100,000 which is shs, 371,460,000 to cater for the trip.

The funding is meant to cater for the Men and Ladies team that will be representing the country.

“The UCF federation has not been funded in the last financial year,” Mwaka told the press before adding; “This situation has been happening for many years because we only got 30 million in the last five years.”

“The people in the federation are able people and have been working. Though due to the reigning economic strains, we are unable to find such a big tournament.”

“That is why we are saying the government should come and give us a push because the federation can not raise this sum of money.”

According to Mwaka, they have given the government three days to get a response or else they will hold a car wash and money collection from the public.

The forthcoming Olympiad was meant to take place in Khaty-Mansiysk before it was relocated to India due to the instability in Ukraine.

Ugandan wonder-kid Kagimu tries out with UK youth side