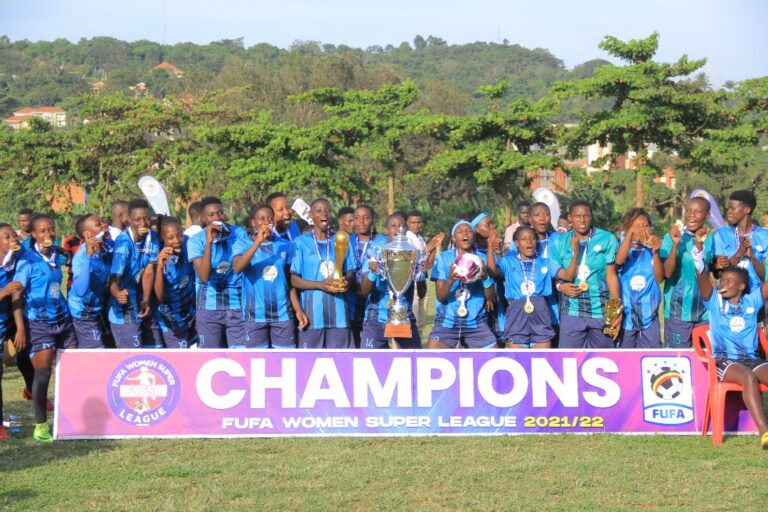 The 2022 FUFA women’s super league champions she corporates registered their name in history books after making It to the finals of the CECAFA CAF womens champions league qualifiers.

The Nakawa based team defeated commercial bank of Ethiopia (CBE) 2-1 in their semi final encounter yesterday in the Azam complex stadium in Dar es Salaam.

Two goals from each half from Anita Namata in the 20th minute and Phionah Nabumba in the 75th minute were enough to help she corporates claim a place in the finals . CBE ‘s goal came through Loza Abela in the 62nd.

The two teams were both zealous for a win but the sharks started the game with what looked like a better intention netting the first goal in the 20th minute through Anita Namata.

In the second half,CBE FC came back stronger equalizing in the 62nd minute through Loza Abela giving a glimpse of hope to the Ethiopian giants.

However their hopes were put down in the 75th minute when Phionah Nabbumba’s freekick hit the back of the net enough for she corporates to reach the finals.

She corporates will now face off with Simba Queens who thrashed As Kigali Ladies 5-1 in the semi finals yesterday.

The Tanzanian based size claimed a comfortable 2-0 win against She corporates in the group stages however the Nakawa based squad is expected to resurrect from their ruins as they face them in the finals.