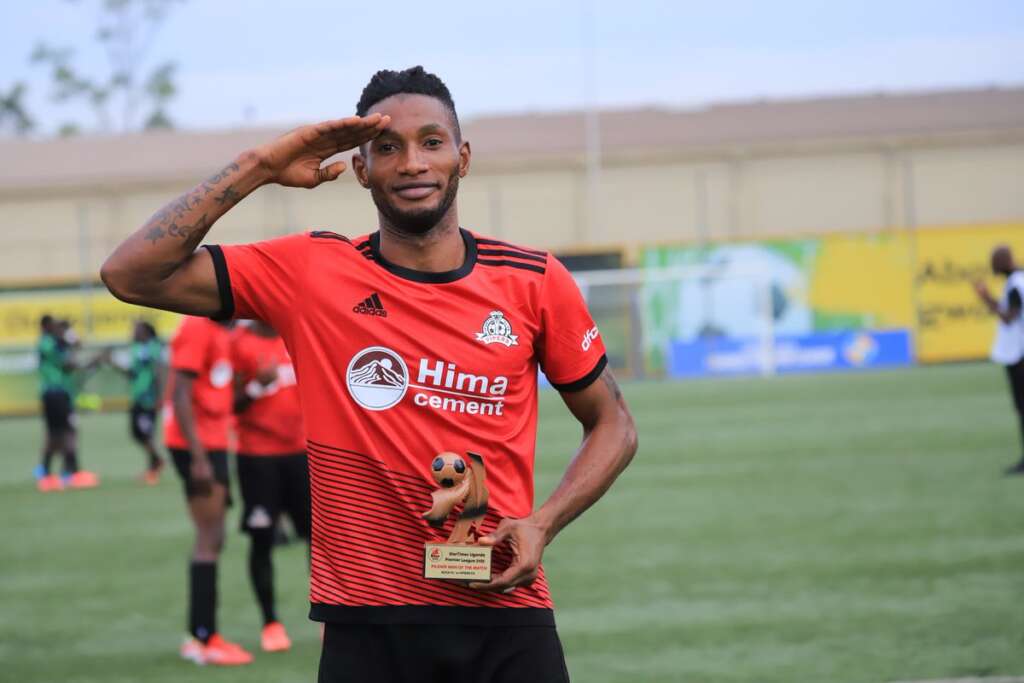 The Kitende based team Vipers SC has confirmed the departure of their hitman the “emperor” ceasar Loby Manzoki.

The Central African Republic striker who has recently been linked to numerous clubs including Tanzanian giants Simba and Yanga FC has been confirmed to have joined Chinese side Dalian FC.

This was confirmed by Vipers SC who posted on their socials confirming the departure of the Emperor and also wishing him well in his future career.

“Ceasar Manzoki has left Vipers SC to join China Dalian Pro FC on a permanent Transfer. Everyone at the club would like to wish Ceasar Manzoki the best of luck with the remainder of his career.” The club posted.

Manzoki has been a key player in the vipers Squad scoring 32 goals overall mainly putting up the best performance of his career in last season while enabling the Venoms become champions of the 2021/2022 season.