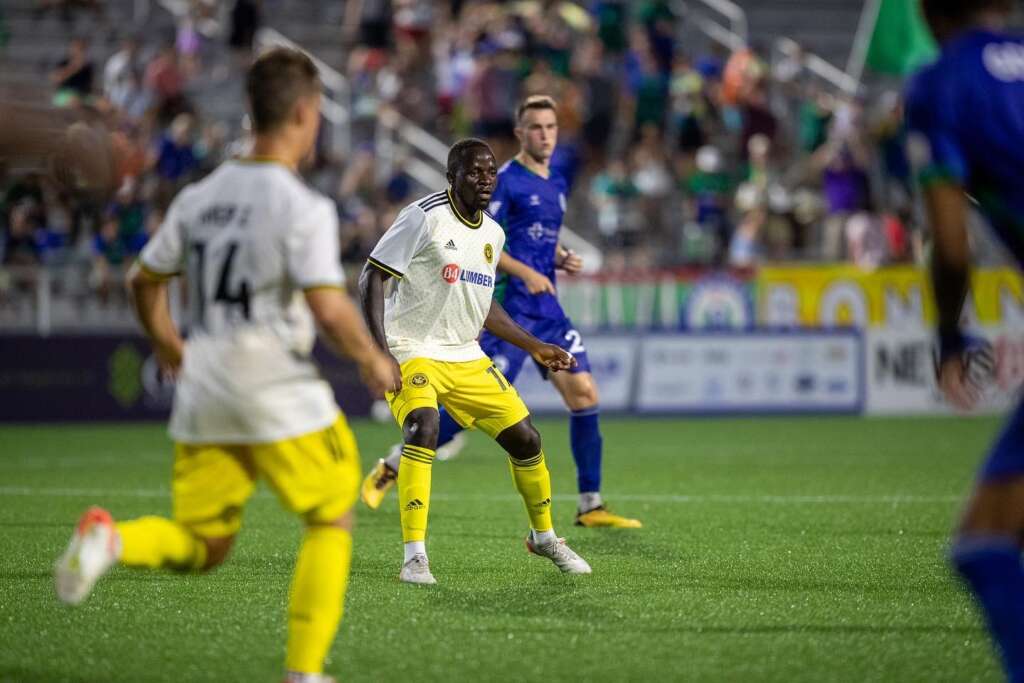 Ugandan Striker Edward Kizza was on the scoresheet as his loan side Pittsburgh Riverhounds earned a fourth consecutive win.

The USL outfit registered their fourth consecutive win on Sunday after overcoming Loudon FC on Sunday.

A goal from each half by Rusell cicereno and Edward Kizza were enough to grant Riverhounds a win . Loudon pulled one from the penalty spot through Veteran Belgian striker Jonathan Benteke.

Riverhounds broke off the game at a low tempo however they later picked up and in the 26th minute they received the opener when Meleik Williams won the ball passing to Kernedo Forbes who delivered it to Albert Dikwa tearing the Loudon Defense with one beautiful pass only for Rusell cicereno to finish. Finishing the first half with a 1-0 dominant lead.

In the second half the Hounds broke off with dominance and nearly netted the second after Loudon goalkeeper delivered a fantastic save denying Dikwa’s powerful header.

Loudon FC had their best chance to equalise in the 58th minute but the Hounds goalkeeper Jahmail Waite delivered double saves from Jacob Greene and Tyler freeman .

Pittsburgh proved to be the clinical side on the day after Edward Kizza converted a beautiful cross from Shane weidt making it two for the Hounds.

Kizza wwholly his trade at MLS’ New England Revolution is on loan at Riverhounds after spending another loan stint at Memphis.