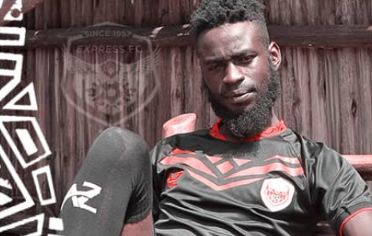 Express FC has confirmed the signing of midfielder Hussein Ssenoga.

According to the club, Ssenoga has penned down a contract that will make him stay at the club for the next two years.

After signing the contract, Ssenoga expressed his feelings joining the Red stars. The youngster said that he has been looking for such an opportunity to join a top club and he believes it’s time to achieve his goals.

” I feel good for joining the Red Eagles, I have always been waiting for an opportunity to join a top league team like Express FC and am glad when the opportunity came I took it up, I want to play at a higher level in professional football and with Express FC I will archive it.” He said.

Express FC is bringing in more reinforcements as they prepare for the new season that breaks off on 30th September.